Having spent Saturday at the Bantam show, and on the road, I was glad for a lazy morning on Sunday.  But in no time at all we were back on the road with Jayme’s sister escorting us, and we had her nephew in tow.

Poor guy thought he was going to be home doing the normal boy in charge, teenager home alone shenanigans, and suddenly there was a carload of old ladies down in the parking lot demanding his presence!  (As seen through the 14 yr. old’s perspective.)

He has that effect on you.  You just want him around because he is so spontaneous and fun!

Deja Vu?  No, you’ve seen this before… Jayme borrowed my cake picture, and I borrowed one of hers.. Turnabout is fair play they say!

And then we were off to the Dunes, with a side trip to a very ancient barn complete with …

A carload of other old ladies showed up with a trunk load of cat food to feed them all.  I wondered at the time if this wasn’t the place where everyone came to dump unwanted kitties… lots of kitties…

I have this love of old barns.  I discovered them when I was eighteen and traveling from Southern California to my first duty station in Pensacola Florida.  As I entered the southern states they started popping up in the fields here and there and I wanted to draw every one of them.  Sadly, they are slowly being torn down and the wood repurposed for other projects like tables and shelving…

I liked how the light came in through the window and lit up the angles on these beams.

It makes me sad to think of them no longer existing in their proper form as… barns.

Interesting observation here, the barns in Kentucky were for the most part painted a very dark charcoal black, and the barns in Indiana are mostly painted white.  Why is that? (A rhetorical question, but if you know the answer do tell!)

Milking Room Deep Down Below

Underneath it all there was a milking room.  I would have dearly loved to get inside to take pictures, but could not figure out how to get in there.  So we will all have to be content with pictures through a broken window… for which I gingerly got down on all fours in broken glass and balanced my camera on the ledge to get.  Be satisfied with the results, as they were the best to be had under these conditions.

On the way to the dunes I saw this one and made poor Jayme’s sister pull over so I could get a picture of it…  I’m hating the blue tarp covered something on the side, but the sky and the whole effect are really beautiful.  It was just such a day! 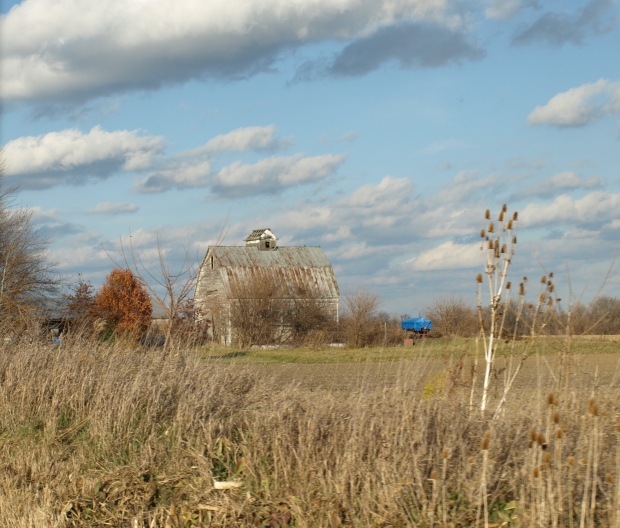 The Dunes, as they are called, is a beach on Lake Michigan.  Honey if you are from anywhere else in the country and you see the Great Lakes on a map, well you think “Yeah, wow, big lakes alright.”  But then you  get there and it’s like looking at the ocean… with the sun setting all wrong…

It is a surrealistic sensation, causing introspection and a feeling of aloneness, yet comforting in a strange way…

And then suddenly, all too soon,  our day was drawing to a close.  The sun was setting …

And we were on the way back to The Coop Keeper’s  home.

My visit was almost over and I felt sad to think it.  Jayme had cared enough to open her home to me, a stranger.   She took me to see chickens in Ohio, and a Great Lake.  We went antique and thrift shopping (which my husband just will not do).  We talked, laughed, shared and did all the things that best friends do, and it was like we had known each other for years.

I’d had a wonderful stay, and in the morning it would be time to go home.

3 thoughts on “There, with the grace of God, went I: part III of III” 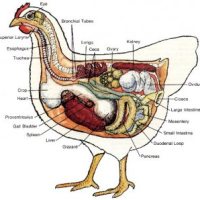