Many years ago my father helped me to choose and buy my first car.  He tried to talk me into getting a little boxy looking, sensible Toyota.  It was tan in color, had good gas mileage, four doors, the engine was sound, and did I mention sensible?  The list went on, as my dad tried to convince me, but I wasn’t listening, because the tomboy in me wanted a fast car.

We shopped every day after dad got home from work.  It took a whole week, and then I spotted it…

It was a 1967 Pontiac Firebird 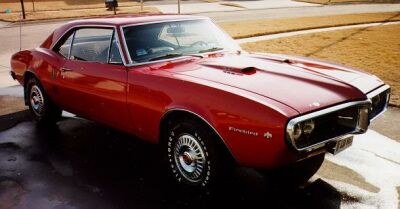 Mine was silver, but this is the only picture I could find of the late 60’s car!  Rare as hen’s teeth as they say…

My Silver Bullet I called her and she had a straight 6, 3.8 liter engine, with an overhead cam.  I read this morning that it wasn’t as muscly as the Camaro of the same vintage, and therefore not as fast, but the concept was right out of race car technology,  and driving it made me feel I was all that and a bag of chips!

I suppose it was just as well that the car wasn’t as fast as the V8 Camaro, or I might have found myself in bigger trouble than I did at 2:30 in the morning…

The following, though a bit embarrassing, is true.  I include all the particulars because otherwise you wouldn’t understand my urgent need for speed, and besides, you just can’t make this stuff up.

I was working a graveyard shift at a plastics factory and had already been given a warning about being tardy.   So that night when I took my lunch break, I was devastated to find that I had gotten my period and needed to go home.  Finding  the foreman I explained my problem, and said I would need to go home to change.   To which he replied:

“You should have been prepared.  If you are late, then you are fired.”

Not exactly the empathy I was expecting or looking for!  Running for the door and out to my car, I got in and sped for home.  Now I grant you I knew I was going too fast, but I needed that job.  Checking for the police in my rear view mirror I suddenly realized there actually was one behind me!  I took my foot off the gas and tried to coast down to a more reasonable speed.  After all, I didn’t want to be obvious about it.  Well, it all took too long.  I hadn’t decreased my speed sufficiently, and so it was, that when I pulled into the left turn lane to stop for the light…

MY CAR SKIDDED ON SOME WATER AND INTO THE INTERSECTION.

Still trying to “be cool,”  I back up into the turn lane and notice that although the Policeman was still there, his lights were not on.  Far out! I thought, He’s gonna let me go!

Not so fast.  As soon as the light changed, I pulled forward, and on went his lights.  Completing my turn, I did the only reasonable thing I could do, I cruised up to the curb and stopped.  Suddenly, I realized that there was another patrol car in front of me going the wrong way on the street.   It pulled right in front of me and blocked my path!  I was terrified.   I was going to be arrested!

I quickly turned off the engine, rolled down my window, and waited for the officer.  In a very cool voice, he said:

“Do you know how fast you were going?”

Me:  No, but I know I was going too fast but my speedometer is broken and it was broken when I purchased the car and I have been back three times to get it fixed only they won’t fix it and I am on my lunch break and I got my period and I had to get home to change and if I am late one more time I’m going to get fired!  (Need I mention that I was crying at this point?)

The Officer:   Well, I clocked you at 110 miles in a 50 MPH zone.  I have already called for backup, because I didn’t know the particulars, and therefore I will have to give you the ticket.  However, since you have been so honest with me, I will write it for 65 in a 50 MPH zone, and I won’t have to take you to jail.

Well, my court date came and I was prepared.  I had my paperwork from the purchase of my car, and the repair tickets that were denied by the car lot stating they wouldn’t fix my speedometer or my squeaky breaks, because I purchased the car “As-is.”

When the judge called my name I went forward, knees knocking, answered his questions, told him my story, and then added the bit about trying to get the car dealer to fix the speedometer and brakes.  I held up the receipt for the purchase of the car, and the work orders they had repeatedly denied.

He asked the bailiff to bring the paperwork to him.  Quickly reading it over, he looked up and said:

“This is clearly a safety issue!  Your ticket is dismissed, and I am ordering the Dealer to fix your car!”

To which I heard several exclamations from the men in the room, but I didn’t care.   Not only was I not fined, but my car was going to be fixed!

I grew up a little bit after the incident, was always “prepared” at work,  and have since taken a less reckless approach to driving.   I also realized that whatever the circumstance, it is always best to tell the truth when you get pulled over.  No matter how embarrassing it is!

A special thank you to Julie of Wings and Things for her post that inspired me today.

NOTE:  For the gearheads, car historians, or just the just plain curious souls in the group, you can read more about the genesis and evolution of the straight 6 overhead cam engine  HERE .   Apparently, it was the brainchild of John DeLorean.  Who knew?  I didn’t till this morning.  😉

25 thoughts on “Once Upon a Time in the West: honesty is the best policy” 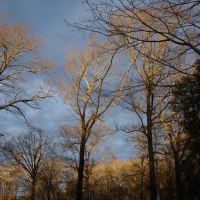 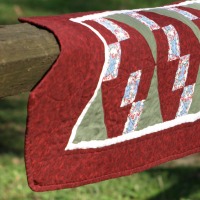