This year has been tough for many reasons, health, health insurance changes, lack of time to work on our Mountain Farmlet and lack of money for same.   The other day I said in passing that it couldn’t get any worse and the lady I was speaking to looked at me and said:  “Never say that!  It can get worse…”

Well, I’m not one to think that way, but sure enough it is worse.

Bob came home recently and told me he had been let go at his work.  Made redundant as some would say.  He looked stunned and sad.  I didn’t look in the mirror, but I’m certain that I did too.  The letter of termination said “… terminated, effective immediately due to lack of work for his skill set.”  Strangely, it was dated from January of this year.  I guess the owner was hoping for things to gain speed.  Under the circumstances it was a delay that certainly benefited us over these past months.

We are not yet certain about what we will do.  We have been discouraged about how things have been going, and see this as a possible opportunity to really dig in and get some work done on the mountain and here in town.  We have recently offered to sell a bit off the top (so to speak) of our land to the neighbor that lives above us.  The land is on the other side of the access road, adjacent to his property and would give him some road frontage.  He was interested!  He has offered to help us with repairs in exchange for the property.  If done this is a win/win for all of us.  It also means that the section on his side will be properly maintained and make a better view for all.

In the meantime, we are getting rid of anything we don’t want or need.  If it is superfluous it is out’a here!

We remain optimistic and look forward to reducing, repairing, and relocating to the Mountain Farmlet.

Here for your viewing is some of what we discovered after the big windstorm, but first some fun stuff.  😀

Along the trail I found a very large paw print,

a rather large fungus,

There was an antenna up there. We found it in the north paddock…

Fence is damaged and the pine has been topped. It just missed the new plantings.

We are down too, but not for long!

At the moment, we are very grateful that the little house was not damaged and that the new roof did not blow away! 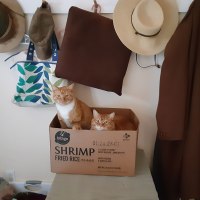