On Thanksgiving we had goose.  Yes, I finally did it.  We were thankful for food on the table.

Our plan was to put it in the smoker and 6 to 7 hours later have a wonderful savory feast.  Our plans were interrupted when Bob found a starving and dehydrated opossum trapped in the smoker.   We haven’t a clue how long he had been in there.

Apparently, having gotten in through the little adjustable air vent on the firebox, he then got into the smoking chamber.  In doing so, he dislodged the small grate and trapped himself.  (We walked away and gave him a chance to get out.  When we came back he was gone.)

Weak and filthy with soot, we are certain he was thankful too.

Having no time to pressure wash the smoker and disinfect it I had to go to plan B.  Roasting the goose in the oven.  I hate doing that because of all the greasy mess and smoke, but I tried it a different way!  Dragging down the big, blue, enamel, roasting pan that once belonged to Bob’s mother, I put the goose in, put the lid on, and Voila!  No greasy smoking mess!  I am thankful.  😉

Oh man, this smells so good!  I’m glad we had to prepare the goose in the oven because it smells like the holidays when I was a kid!

He was thankful for the memories of holiday gatherings and his family.

Which found us at the Mountain Farmlet and working feverishly.  Bob was inside doing demo, and I was outside moving and storing the (possibly) useable planks of lumber from the demo.  In between I finished cleaning out the sheds, and then went walkabout in the woods.

I took myself directly to the bridge to look at the creek.  The creek and the bridge define the southernmost tip of our property.  While I was there, the neighbor lady came over and introduced herself.  We talked for almost an hour and got to know quite a bit about each other.  She seems so nice, and I look forward to being up there full time and having her as a friend.

I went down and followed the creek for quite a ways in both directions.  It was lovely.  Here is what I found…

I followed the water

I found its essence, slowly leaking from between the layers of time, had frozen in the cold.

Later, I went into the woods and forging off of our trail this is what I found.  If you are not Lori of Day by Day the Farmgirl Way you may not appreciate the significance of these last photos.  😉

and continues through the grasses and over to the right of the big pine.

Here is another deep in the woods. Looking from the bottom center follow it between the two pines in the distance, and just to the left of center

A footprint in the mud. Do you know what’s been here?

I was told by the Octogenarian that the deer no longer come here.  Well, they do!  You just need to know the signs.  Thank you for teaching me, Lori.

*NOTE:   The locals call this plant Saw Vine, but it goes by Cat Briar, greenbrier vine, or its botanical name of Smilax bona-nox.  To see where it grows look HERE.

Saw vine information can be linked to by clicking on its name above, but an awesome image of the plant can be found on Steven Schwartzman’s Portraits of Wildflowers  by clicking HERE

In the month of April, so many years ago I can’t remember, I was born in Wichita Falls Texas.

Here is how it all went down:

Dad was stationed in Texas at Sheppard AFB.  Mom was stuck in Southern California with my anticipated birth to be sometime SOON.  Now my Mom didn’t want to be alone when I came, so she hopped the bus at eight and one half months into my grand arrival, and we traveled 1,248 miles to be where Dad was!

That was in 1953 before air conditioning.  So you know that was a LONG and stressful ride in her condition.

What was she thinking?

Well, I was born almost as soon as we arrived.  Now Dad was living in base housing, and suddenly he has to come up with someplace for all of us off  base! Then, two weeks after I showed up Dad got shipped out to March AFB  Which is right back in good ol’ Southern California!

Do you sense some irony here?

This month I turn 60, and for the first time in my life, I don’t believe I am really into the swing of the whole birthday thing. 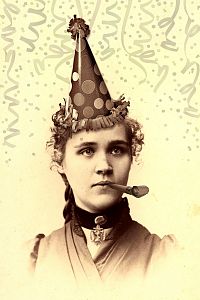 But hey, check back with me in say another 20 to 30 years, and then maybe I will be so happy to still be here I will want a party, complete with a   er, birthday cake and a party with all my friends around to cheer me on!

BTW, Bob asked me what I wanted for my birthday this year, and all I could come up with was the deed to the Mountain Farmlet.

It really is all I could ask for!

Bob’s sister Kathee and her husband John have started a tradition of sending us See’s Chocolates, from California.  It is a much appreciated and anticipated event at Easter time!

This year we opened the box to find that it had apparently been too closely guarded by a fire-breathing dragon!  It was melted, bubbled, and then re-cooled into a congealed and unappetizing mass.  (Don’t worry Kathee and John!  I called and See’s replaced it with BRAND NEW and sent it OVERNIGHT to us!!!)

So, I picked through the carnage of the first order and placed the least damaged on the dining room table.  Hey, we don’t waste minimally damaged See’s candy in this house!  It is simply too delicious!

“Hey!  What happened to those two chocolate eggs and the bag of jelly beans?”

Yes, he got sick!

Bloated, bad gas, and threw up.

Did he learn his lesson?

He has done it before and will likely do it again, but in my own defense, I honestly did not expect the little circus dog to get up onto the dining room table.  Next time?

TOP SHELF IN THE PANTRY!

“It all began with a 5:00am phone call from my neighbor, but I’ll get to that in tomorrow’s post.”

I said that over ten days ago and never followed through.  I’m sorry.  Here’s what happened immediately following that 5:00 AM call!

My neighbor called me and in a flat voice said,

“Lynda, if you look out your back window you’ll see the house on fire.”

Bleary-eyed, foggy headed, and half asleep I am jolted into the here and now.  I go to the dining room window to see her house, but it is not burning.  Then, to my left I see the flames…

They are directly behind the woods and shooting easily 100 feet into the predawn sky!  Dazed, I hear her continue;  something about being woke up, a cell phone, and more.  I thank her for calling and we hang up.

Still a bit dazed, I begin to wonder why she called me so early in the morning when clearly both she and I, her’s and mine, are not in any danger.  Then I get it.  She want’s me to pray for the family whose house is afire.  DUH!  We had no way at that time to know if the family was OK, or if they all got out in time.

We listened for the news on TV, heard that the road was blocked off for the fire crews, and saw a momentary shot of the house, fire trucks, and an ambulance.  Later in the day we drove by, on the way to the hospital for my eye injury, and would see the gutted wreckage.  There were at least twenty cars pulled up onto the front lawn.  Family and friends, folks from church, all there to sift through the mess and to collect anything salvageable for the family.   I doubt there was much.  Taking one look caused me to cry and exclaim, “It’s so sad!”  To which Bob replied, “They have a lot of friends.  They will be OK.”   Blessedly, that evening we would hear that although the house was a total loss,  the family had gotten out in time.

I tend to write about so many things.   I try to keep it fun and not complain too much, but sometimes it all gets the better of me.

put it all into perspective.