Yesterday out in the park, as we like to call it, I had the company of my two kitties Claus and Little Bit.  I love kitty watching as much as I do chicken watching!  Here is what I observed… 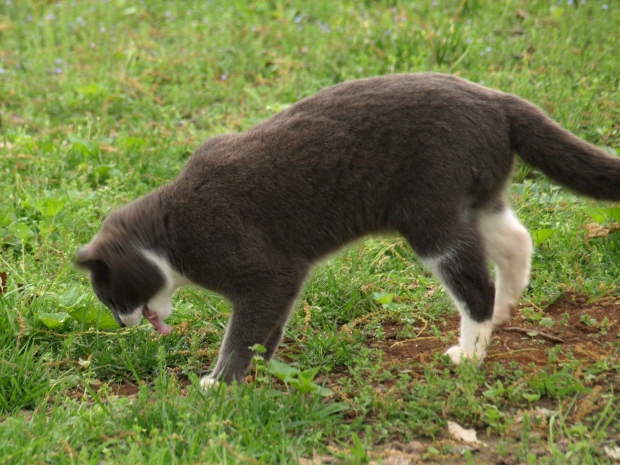 It is never a good idea to lick a fire ant hill.   (Yes really!)

Suddenly, for reasons only known to them, Clause ran over to Little Bit and…

Was she was making fun of him for licking the ants?  Perhaps, but she got her revenge for the attack!

But in no time all is forgiven and they are off exploring together. 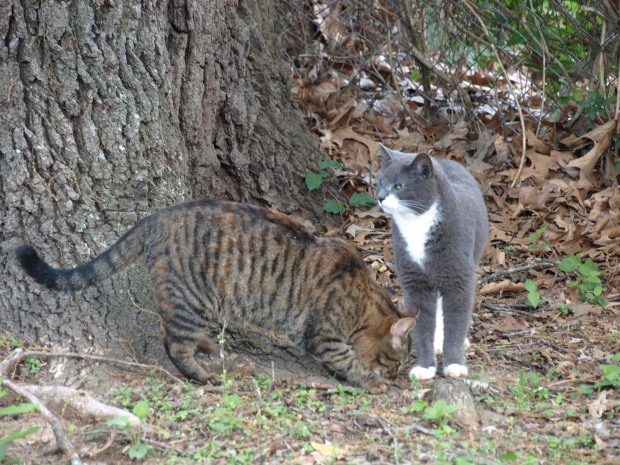 All my kitties are from ‘rescued’ situations.  But it is Little Bit whose story I know.  She had literally been thrown into a dumpster as a kitten and my veterinarian’s staff heard her cries when they were at Mac Donalds for lunch.  They didn’t want to give her a name (attachment issues) so they just called her “Dumpster Kitty” on her paperwork.  Her near death and starving conditions as a kitten have given her the ability to eat just about anything. Why she’ll even push aside the chickens for chicken feed and scratch!

She has become the other girl in Bob’s life. 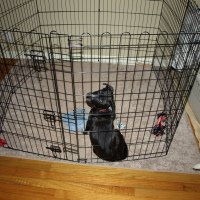